Once a Roman colony, Valle d’Aosta is tucked into Italy’s mountainous northwestern corner along the borders of Switzerland and France. Valle d’Aosta is the country’s smallest region and consequently has precious reserved space for vines on its rocky Alpine terraces. Nonetheless, the little amount of wine the region produces is quite distinct from anywhere else in Italy or abroad. A region-wide DOC totaling 385 aces, Valle d’Aosta covers 23 categories of wine listed in both Italian and French, the official second language. Vineyards in the shadow of Mont Blanc, which separates Italy from France, are reportedly situated at the highest altitude in continental Europe. The soils are typically glacial moraine: rocky, gritty, and semi-fertile. Valle d’Aosta grape varieties range from Piemontese (Nebbiolo, Dolcetto, Moscato) to French (Chardonnay, the Pinots, Gamay) and Muller Thurgau. But perhaps the most intriguing Valle d’Aosta wines stem from native varieties. They include the Petit Rouge of Enfer d’Arvier and Torrette, the Blanc de Valdigne of Morgex and La Salle, the white Petite Arvine, the red Vien of Nus, and the Malvoisie (apparently a mutation of Pinot Gris) for the rare dessert white of Nus. Six cooperative wineries employing 450 growers account for three-quarters of Valle d’Aosta’s wine production, and they are largely responsible for the region’s steady improvement in quality. 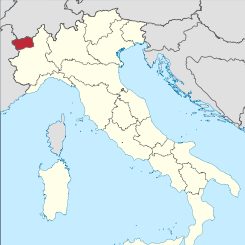