As one of Italy’s smallest regions, Umbria ranks an impressive sixth for its percentage of DOC classified wines. Considered the “green heart of Italy,” Umbria is often considered an extension of Tuscany. It is surrounSiena Imports Vignabaldoded on three sides by the Appenine mountain range and traversed by many rivers and steams. Most important, the Tiber River funnels warm currents from the Mediterranean, creating the classic push-pull of air that is crucial for the even ripening of grapes. Umbria-and specifically the city of Orvieto-is historically renowned for white wine. Orvieto has been praised by popes summering on the shores of Lake Corbara, and by princes and painters alike. It is the anchor of the wine scene, producing 70 percent of the region’s DOC classified wines. A quintessential white wine: cool and clean, with hints of green apple and melon, and a crisp, mineral finish. In terms of red wine, Sangiovese continues to be the most widely planted grape varietal in Umbria. It is in fact the base grape for the region’s famous Torgiano Rosso DOCG wine. The wines of nearby Montefalco bridge the gap between modernity and tradition by using the rare and highly prized Sagrantino grape. Only 250 acres of Sagrantino exist today, with two types of reds prevailing: the basic Montefalco Rosso DOC (composed of 60 to 80 percent Sagrantino grapes) or the dark, dense, and sappy Sagrantino Montefalco DOCG (100 percent Sagrantino). Umbria is currently the largest exporter of black truffles, grain, and extra virgin olive oil in the country. The winemaking movement is proceeding strongly in Umbria and the region is asserting itself on the international wine scene. 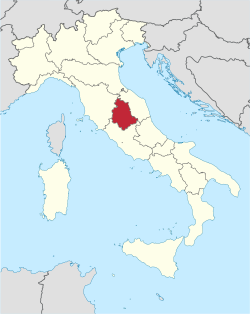